The King of Cotton 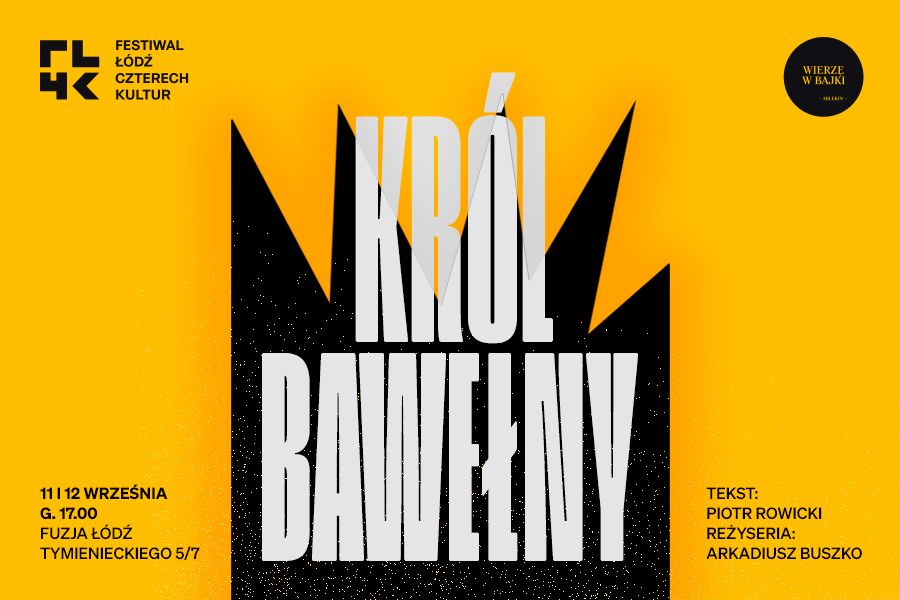 Who was Karol Wilhelm Scheibler, if he ever existed at all?
Was he the most significant figure in the history of Łódź? Was he a king, emperor or maybe the emperor of cotton?

A robber baron? A bloodthirsty capitalist? Or maybe a philanthropist and an idealist?
Was he the one to take or the one to give?
This industrialist and manufacturer from Rhineland had a tremendous impact on the city in his time. His heritage is visible until the present day, and everyone can see, visit and photograph these remarkable sites. The King of Cotton does not attempt to answer any of the questions mentioned above. The play is rather a difficult yet surprising endeavour to see Scheibler as a human being, to listen to him and understand him, to enter his head and get to know his thoughts, feelings and emotions, everything that determines a person’s life, even (or perhaps in particular) in the case of an individual such as Karol Scheibler.

The play is coproduced by the Łódź of Four Cultures Festival and The Arlekin Puppet Theatre.