World Premiere of FŁ4K and Pinokio Theatre in Łódź

The Return of Odysseus 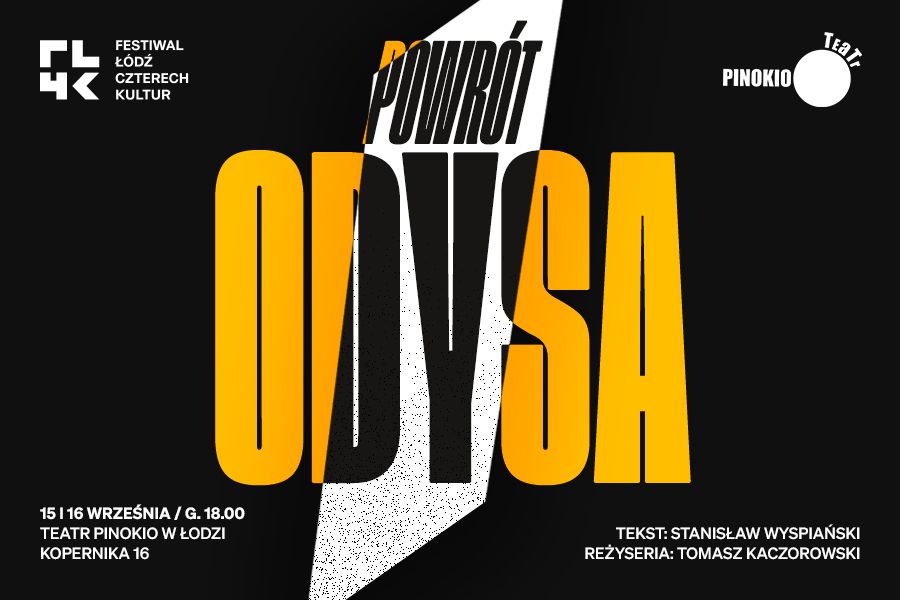 The Return of Odysseus directed by Tomasz Kaczorowski, is a performance that introduces the over a-hundred-year-old drama by Stanisław Wyspiański to our modern reality in a truly meaningful way. The text itself is like a treasury of the ever-recurring motifs of power and revolt that the director translates onto the scene, based on the current socio-political situation.
Odysseus comes back from conquered Troy as a refugee and finds the new order represented by the new generation. The Return of Odysseus gives voice primarily to those who oppose the patriarchal system and violent hierarchy. The story is about the refugee conflict and growing dissent among young people, including the director himself, from the current political events in Poland.

The performance is co-produced by Pinokio Theatre in Łódź and Łódź of Four Cultures Festival, and the idea itself was born as a part of the New Stage! theatre residency programme organised by the Adam Mickiewicz Institute.